The end date of the Coffeeneuring Challenge 2016 is midnight tomorrow, Sunday 20th November. It was creeping up on me and I had almost given up, thinking I hadn't got time to complete the 7 rides necessary. However, when I  thought about it I realized I could just do it, even though it meant doing 3 in a row - allowed by the rules, as it would be 5 and 6 this week and then the 7th tomorrow i.e. next week!

Yesterday's, #5, was at the Vale and Downland Museum in Wantage. Today's was again in Wantage but different, as this was "Coffee without Walls" i.e. not in a cafe. There's a bit of a temptation when out cycling to indulge in something full of calories and sugar, but today I thought - time to make something equally delicious but not so sugary, to take with me, so in the morning I made these (dead easy) spelt flour soda bread muffins, from a recipe that I originally got from Woman's Hour.

Then I thought - Youngest Son and girlfriend might like some of these so I did my long route into Wantage, met him outside the pub where he'd gone to watch football to hand some over, then cycled off to do some shopping.


Recently there has been a lot of talk about take away cups not being recyclable, which is awful given how many millions get used once and then thrown away, and so I bought one of the re-usable ones that Waitrose sell for £3 and can now enjoy, guilt-free, their free drinks. I just have to remember to take it with me.....

After shopping, I got my free coffee, wedged it in my rack bag and then walked slowly across the market place to the parish church, hoping the contents wouldn't spill...... which they did a bit but nothing disastrous.

Surely they could make the cups so that you can close off the top completely - like babies' ones do?

I sat on the bench eating my cheese filled soda bread muffin (yes it is in the middle of the muffin even though it looks as if the muffin is just sitting on top!) and drinking my coffee. 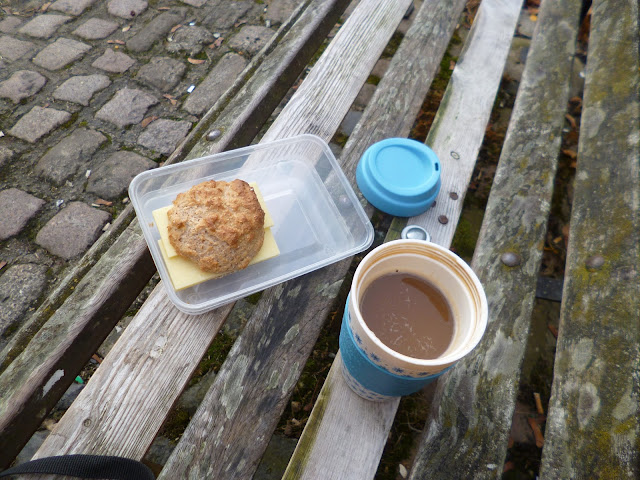 This is the view from the bench. It's a great place to people watch as lots of people walk past on this path. 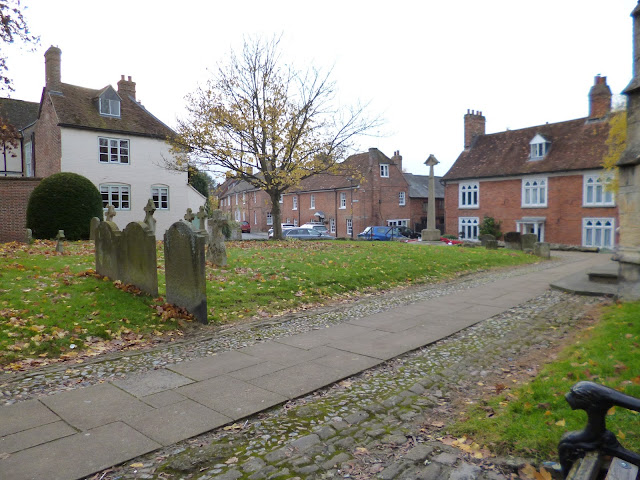 I took this pic of the cobbles and stuck my booted foot in as well, which was a good job as I later realized I hadn't taken the pic of my bike as proof that I'd cycled. Would I go around with those home made green things round my ankles if I wasn't cycling? (I think my children might say - "yes Mother, you would......") 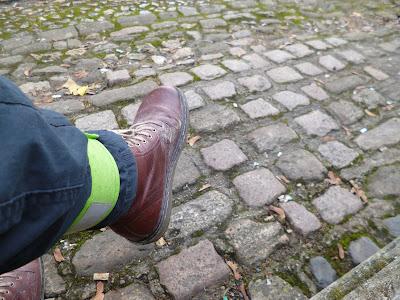 This is on my route home, looking back the way I've come, where the old road is forded by Letcombe Brook. 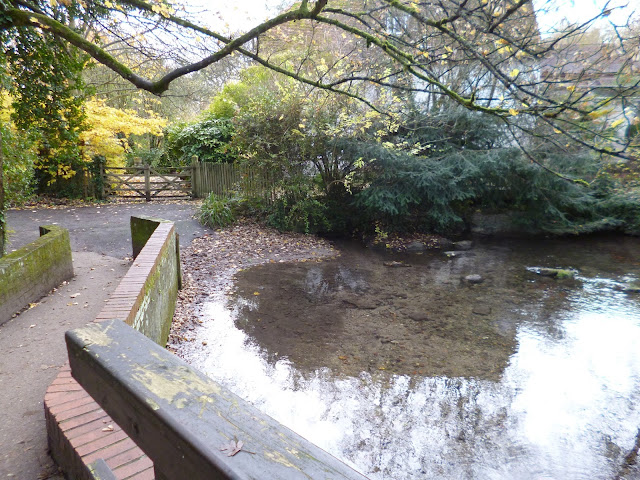 And there's my bike!! 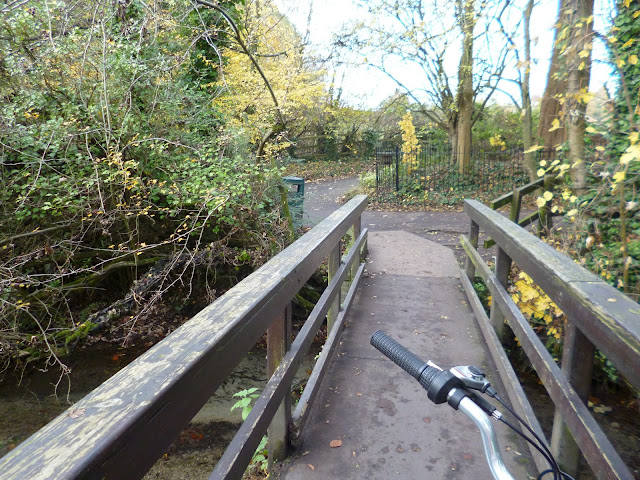 I want to try and keep up the cycling this winter and this Coffeeneuring Challenge has definitely helped to make me get out on my bike. I admit I won't cycle when there's ice on the roads, but any other kind of bad weather is bearable and even enjoyable as long as you've got the right clothing. You know what they say - there's no such thing as the wrong weather, only the wrong clothing.

A round trip of just over 14 miles.