I can't believe I'm writing another blog post so soon! But there's a good reason.

When I was away on my bike trip, I realized that my home made sponge bag  could be improved upon. I needed one with a zip that opened up beyond the bag ends so that I could see what was in it better. I also had it on the floor, as there was no surface in the shower room to put it on. And then I cottoned on to why people use hanging sponge bags. You don't have to put them on the floor, as long as there's somewhere to hang them (which there probably is, usually) and as they have multiple pockets you can be more organised with the contents, and not have to ferret around for your lip salve or whatever.

I should say here that the stuff I take with me in my sponge bag is very minimal (for instance, you won't find anything remotely like make-up in it....) so I don't really need a lot of space or a lot of pockets. So this morning I did a quick google of what such things looked like in the flesh, and then did a sketch of what I would make. I don't think I've ever made anything so quickly that turned out to be just right, even if not very neat (don't zoom in....!).

I made it out of what I had in my stash, which happened to be some very nice cotton crossweave fabric from the Organic Textile Company. In between the two layers I used some curtain interlining, which I had recently obtained dirt cheap from a charity shop. 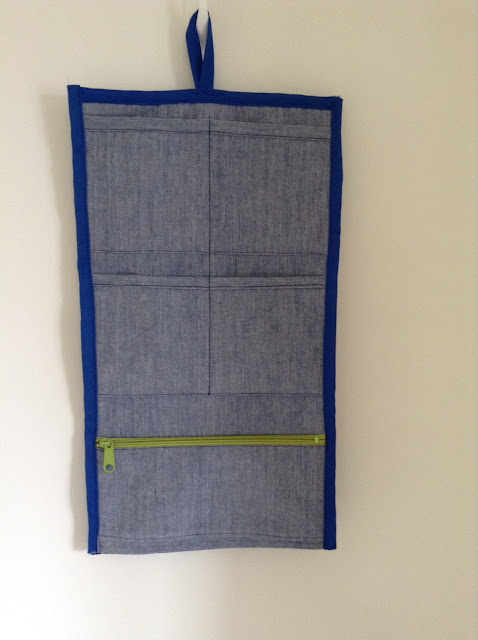 If I make another one I'll cover up the metal end of the zip.

As you can see it has 4 flat pockets, and a zipped pocket, which has a pleat. I think I'd make this pocket a bit taller on another one.

I used the cream tape for the tie as the blue tape was quite bulky and might also have been inclined to slip when knotted. And it's on the back so you can't see it anyway. But - if I was making another one everything would be matching! 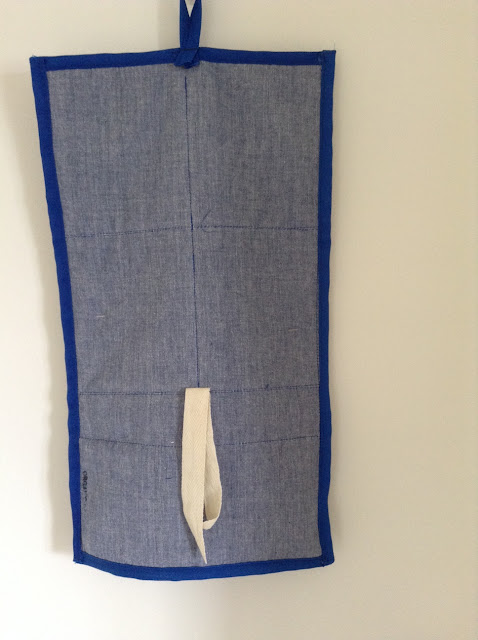 And this is it when it's folded up. 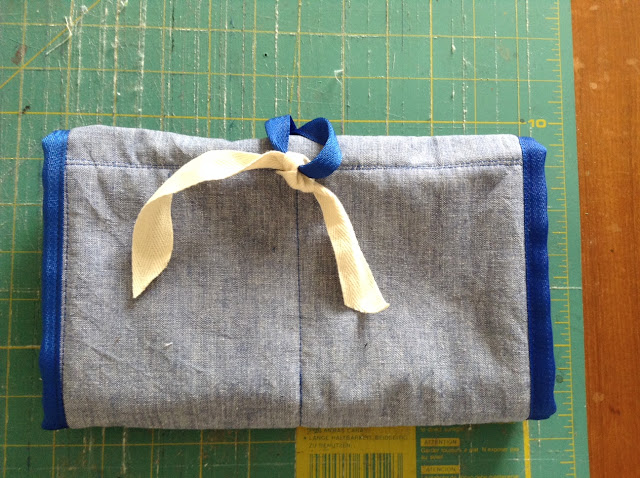 I'll definitely be making some more! And now I've GOT to go on another bike trip to try this one out.....

[Note added later: I don't really need a waterproof bag as I put anything that's likely to leak, or something wet like flannel or soap, in a separate plastic bag anyway.]